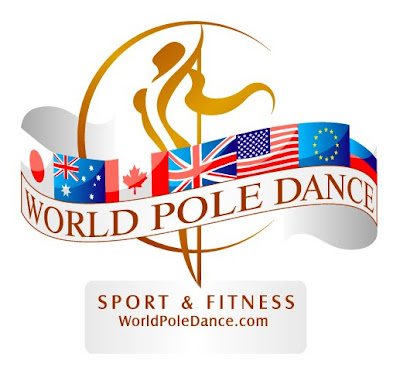 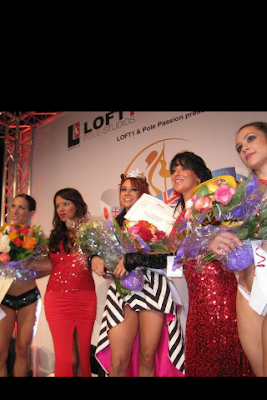 
Please note: The organisation reserves the right to change contestants at short notice in the case of absentees

Felix has trained as a dancer from a young age and went on to performing in professional classical & contemporary dance companies.
Felix started pole dancing in 2006 in Perth WA, and after just 8 months worth of lessons she went on to win Miss Pole Dance Australia 2006 and then won it again in 2008.
Felix Cane is currently the World Pole Dance Champion as she won it in 2009 with her amazing talent, performance and flexibility on the pole.
Felix defiantly has that X-Factor on the pole, as from winning World Pole Dance 2009 this then led to Cirque du Soleil ringing her up asking her if she wanted to be part of Zummanity, as they had seen impressive footage of her from YouTube footage from World Pole Dance held in Jamaica.

Zummanity is cabaret sexy show held in Las Vegas by Cirque Du Soleil and a special character part was created for Felix to be a woman who breaks out of her shell to grab her lover’s attention by showing off her amazing, sexy, impressive moves around a pole, making her lover see her again for the very first time.
Since Felix’s successful she has done many Master Class Workshops over the world and is part and the sponsor for Pocket Pole and a Master Pole Dance Instructor in America!

Before discovering her passion for pole dancing, Felix was schooled extensively as a dancer firstly in Perth, from the age of 11 until the age of 15, when she moved to London where she continued to study many forms of dance, but predominantly contemporary and classical.
Felix has experience performing with professional contemporary and classical dance companies, working in many different venues including theatres in and around London. Whilst in London she also worked in television and film.

Luz Escalante, has born in Rosario, Argentina South America, on May 13, 1980. At age 5 she began studying ballet at the municipal school of dance, an activity that accompanied them the rest of her life, reaching its peak in 1997 when he enters the Stable Ballet off Rosario´s City which is part of two years. Here plays various key roles in many of the most important works of the classical repertoire, like Don Quixote, The Nutcracker, Corsair, Carmen, Paquita, La Fille Mal Gardée, among others.

During her childhood, in parallel, and within 5 years, joins the world of gymnastics and acrobatics, which would give much physical domain overhead pole positions.

At 23 years old, became a fitness instructor, an activity that continues to make to the present, specializing in spinning, stretching, cardio strip dance, gymnastics located, reggaeton and Latin rhythms.

In May 2007, she met the pole dance, begins to train intensively and begins to teach entry-level instructor in the first study of Pole Dance Argentina.
A year later he earned the title of "Best Pole Dancer" as a champion of Pole Dance Championship Argentina 2008, which takes it to participate as special guest of Ame du Pole in Belfast, North Ireland in February 2009.

My sports career started before I was born: My mom and dad were both athletes and graduated on Physical Education College. I had no choice, before I knew I was inside the gym!
I started gymnastics by the age of 3. When I was 7 I had already an individual and team national titles. But that really wasn’t for me, and I quit when I was 12.
Then I studied Ballet, Jazz, and Modern dance. By the time I was 16 I started circus classes, and the next year, when I was 17 I was accepted in the “école nationale des arts du cirque” in Paris, where I studied for 1 and half year.
After coming back to Brazil I got in college to study Physical Education in 2005, and graduated in 2008. By the end of college I saw a video of Felix Cane on Miss Pole Dance Australia 2006, and fell in love with it! This was all I needed in one thing: sport, art, dance, acrobatics, and expression! And of course, so sexy! I wanted to learn but it was very hard to find a teacher around here. I only found a (decent) teacher in May 2009, her name is Sarita Papalardo.
Due to My sports/dance historic I developed very fast my pole skills. By September 2009 I won the Miss Pole Dance Brazil, and by October the Miss Pole Dance South America. Now After 1 and a half year of pole I’ll be sharing the stage with the girl who inspired me! It’ amazing for me!

I have just installed iStripper, and now I enjoy having the hottest virtual strippers on my desktop.