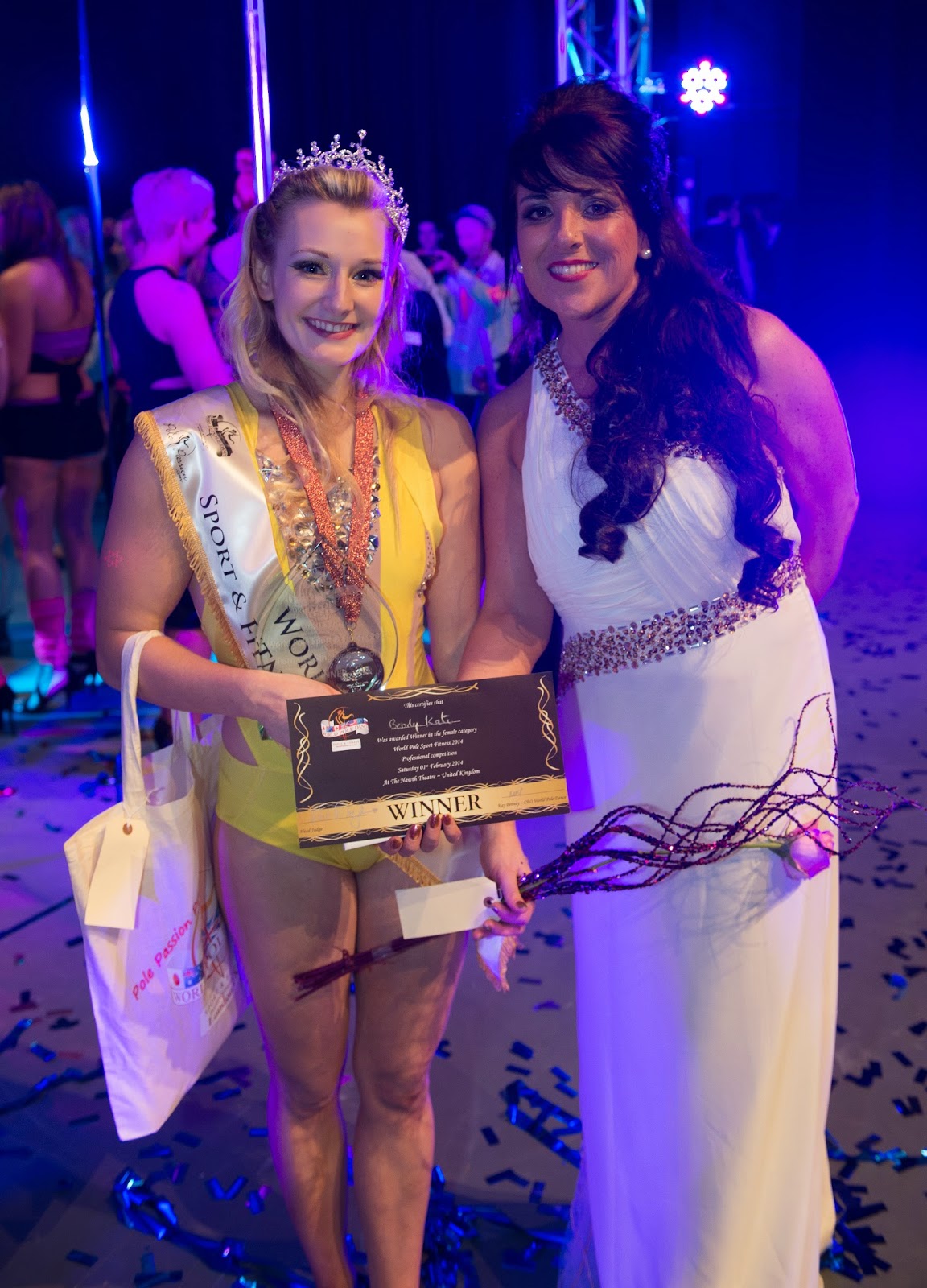 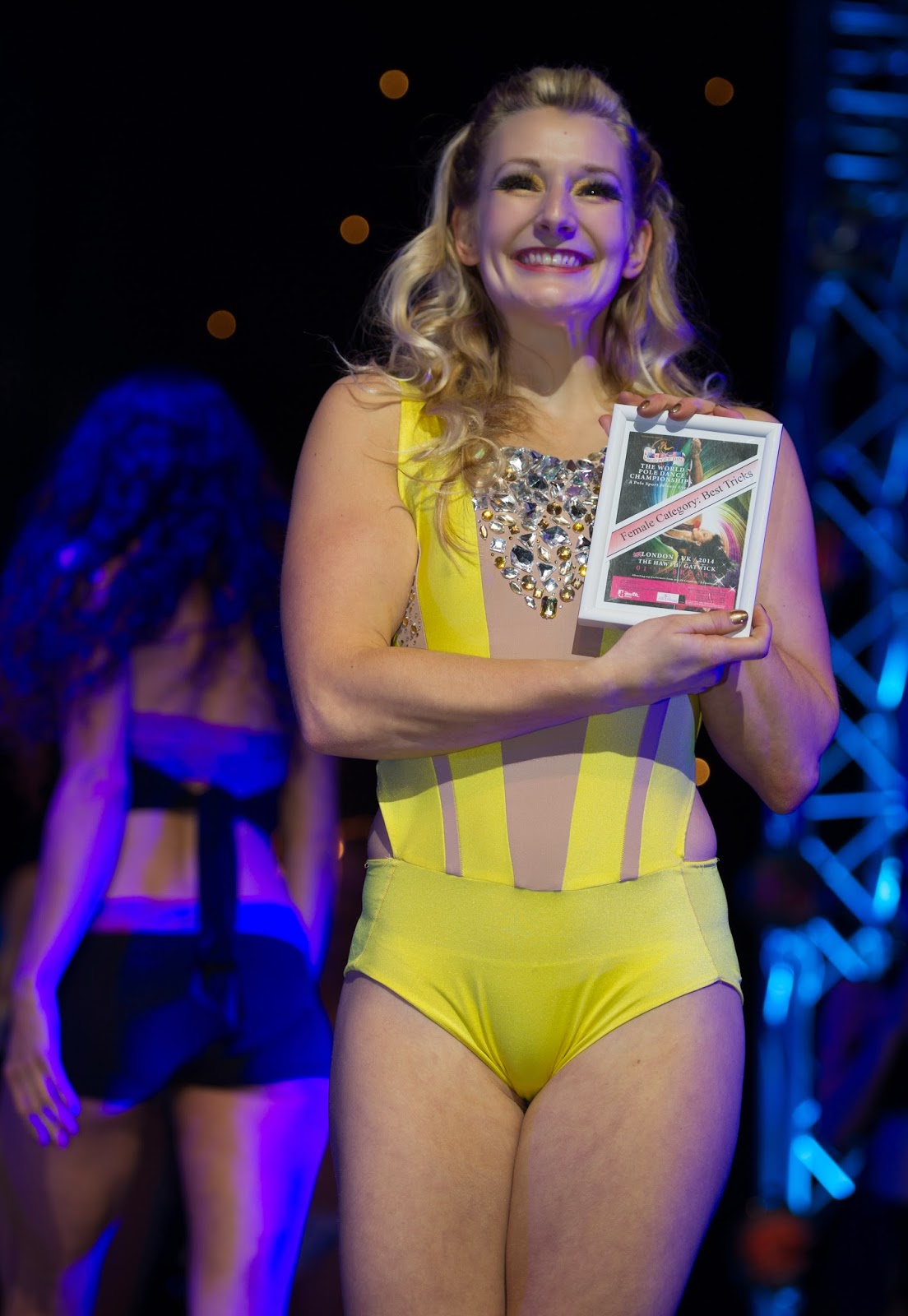 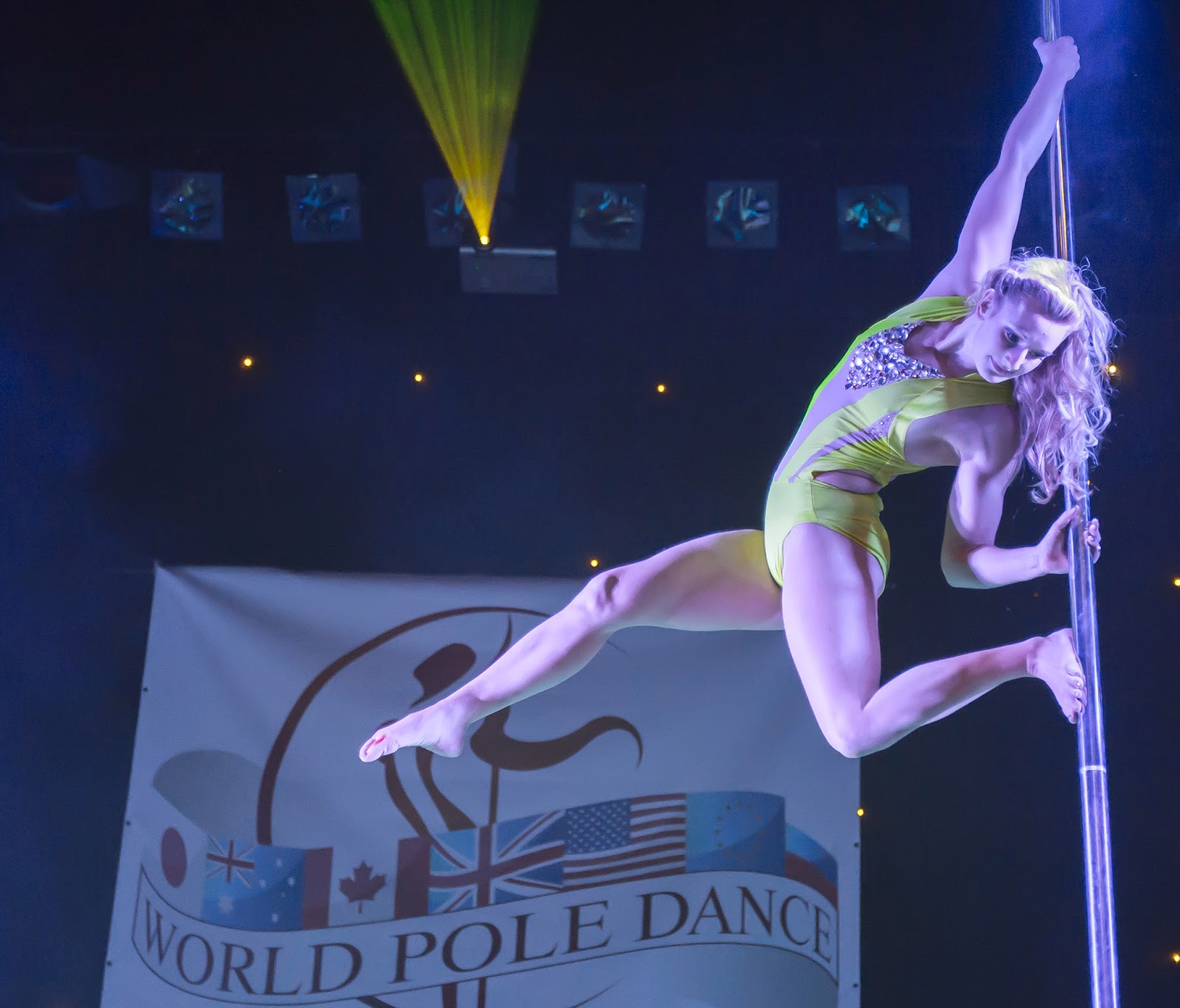 The closed, semi finals for the females, the most attended and popular category, was hosted on Friday 31st at a luxurious pole studio with 2 x 3.8metre tall poles in a converted and bespoke barn -Taylor's Pole Studio, offering aerial skills and pole dancing opportunities and the competition venue for the annual National Miss Pole Dance UK Amateur and Semi pro championships, which was established in 2005 by Pole Passion
From the 26 female contestants, who travelled the length of the world, battled and flexed it out for the 14 finalist positions held on Saturday 1st at the Hawth Theatre.

Each contestant for the finals, from the three categories Men's (7 competitors), synchronised doubles (6 pairs) and females (14 competitors) had to compete a demanding series of pole tricks, spins, poses transitions between 5-6 minutes on two stainless steel poles, one static and one spinning, both creating different dynamics and techniques on and around the pole.

The areas of judging that was taken into consideration for each contestant consisted of maximum 10 marks in their presentation of their routine, including costumes and props enhancing their performance element and storytelling, many contestants bringing in their ancient art and countries history to their presentations, the dance and fitness performance section consisted of 10 marks per judge which includes their variety of choreography music interpretation control and demonstration of strength and power, elegance and grace, throughout their gruelling  routine also including the use of both poles, creating height and depth to their dance and acrobatic performances and finally the tricks section awarding 15 marks per judge, demonstrating the tricks and combination of tricks including fluidity and effortless transitions to their performance  including, but not limited to, floor work, acro balance and circus skills

Ambassadors of Pole Award
Additional Award – also created for the pole fitness and dance industry. The first time in History ‘Ambassadors to Pole Award,’ whereby contributors to the health and safety and development of professional Pole throughout the world are awarded and officially recognised by their piers and the World Pole Dance Organisation.

More information is expected to be released in the fourth coming months, as the head of China Pole Dance championships, Mr Fing Yung Biao, a qualified Lawyer who now dedicates his time in supporting and professionalising the sport and the national competition in China, has shown considerable attention to our championships for the last three years and is posing a serious bid to host the next World Pole Dance Championships in Taishun, a town half an hour away from Beijing.

Mr Yung Biao has been studying English to prove better communications between Pole Passion and the head of World Pole Dance and originator Kay Penney, to make this a reality in 2015.

If you're looking for the best Bitcoin exchange service, then you should know YoBit.

I've just downloaded iStripper, and now I enjoy having the best virtual strippers on my desktop.

If you're looking to buy bitcoins online, Paxful is the best source for bitcoins as it allows buying bitcoins by 100's of payment methods, such as MoneyGram, Western Union, PayPal, Credit Card and they even allow exchanging your gift cards for bitcoins.

Have you ever consider maximizing your free satoshi claims by using a BTC FAUCET ROTATOR?