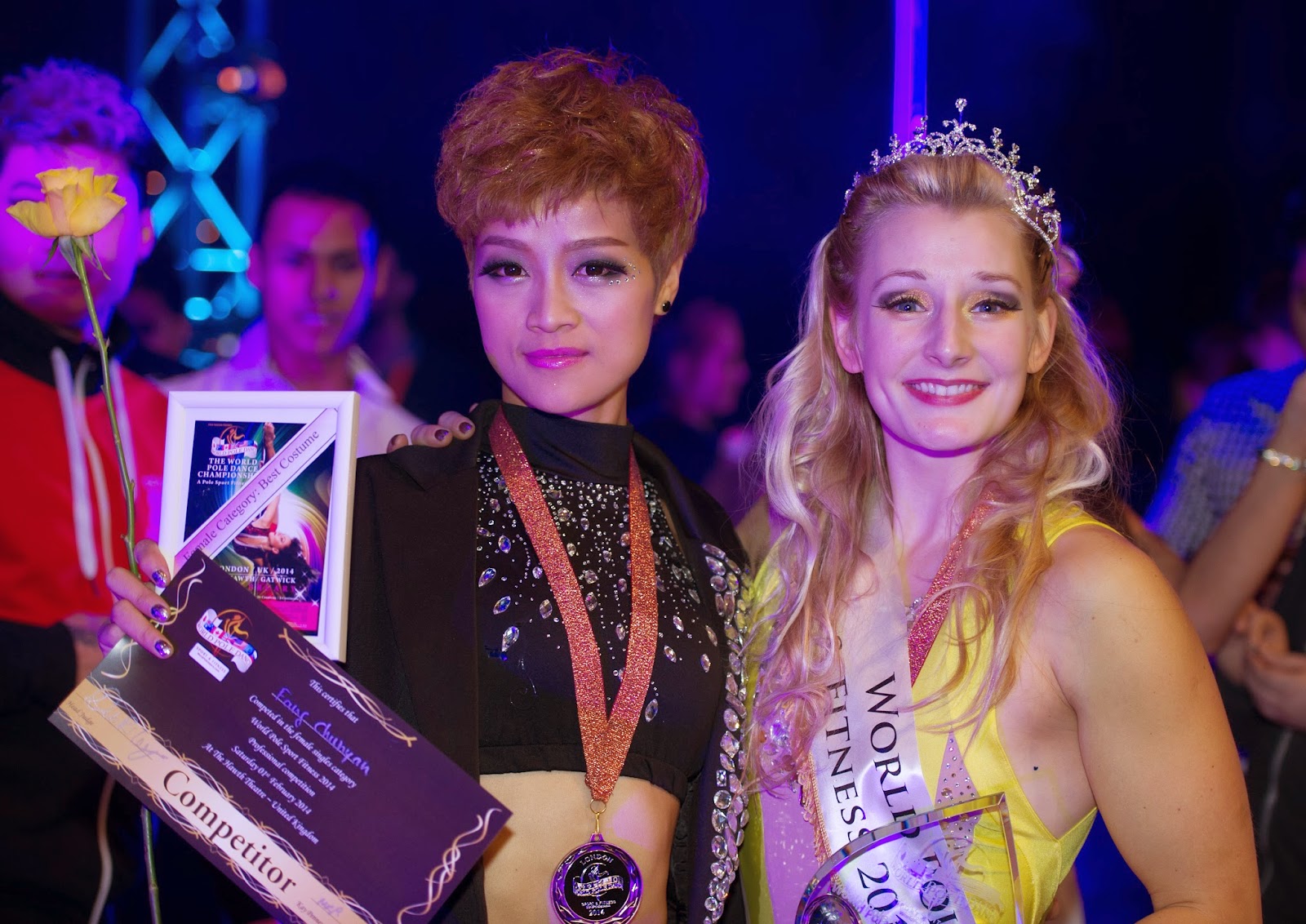 Pole Passion, UK, based Pole Fitness Company, is set to host the next World Pole Dance championships in China, Beijing & Tianjin on 11th & 12th April 2015
Over 50 men and women National competitors  and 10 professional international pole fitness and dance judges will be descending over the  Friday and Saturday.
Countries included in this international sporting event includes, New Zealand, Belarus, Cyprus, Brazil, Japan, all of Europe, Ireland, Australia, Argentina, Indonesia, Taiwan, China, United Kingdom, Italy Philippines Russia and Ukraine.
Kay Penney Owner of founder of Pole Passion in 2001 and World Pole Dance in 2005 initiating the World Pole Dance Federation, will be collaborating with China’s leading Pole Fitness Company; China Pole Dance, headed by Mr Fing Yuan.  Fing, a former Lawyer, and Kay have been working together formulating this China Pole Sport & Dance championships for over 2 years where they have been sharing and connecting ideas and theories working closely with the cultural and economic challenges of all the competitors worldwide  to coordinate this spectacular event

Kay will be taking over a dedicated UK team of 11 professional competitors in pole sport and dance athletics representing the UK & Ireland including the current World champion ‘Bendy’ Kate Czepulkowski (Females division UK 2014) and Sam Willis (Mr Pole Fitness UK runner up 2014) including Daniel Rosen (Mr Pole fitness UK Champion 2013) Yvette Dusol (Miss Pole Dance UK National Champion 2014) along with 2013 Female Miss Pole Dance UK Champion and Doubles tricks champions Kat Humphrey & Danielle Haynes. Joining them will be a team of 4 including a Chinese Translator who will be supporting Kay with the communication and delivery of the International Teacher Training courses she has written. 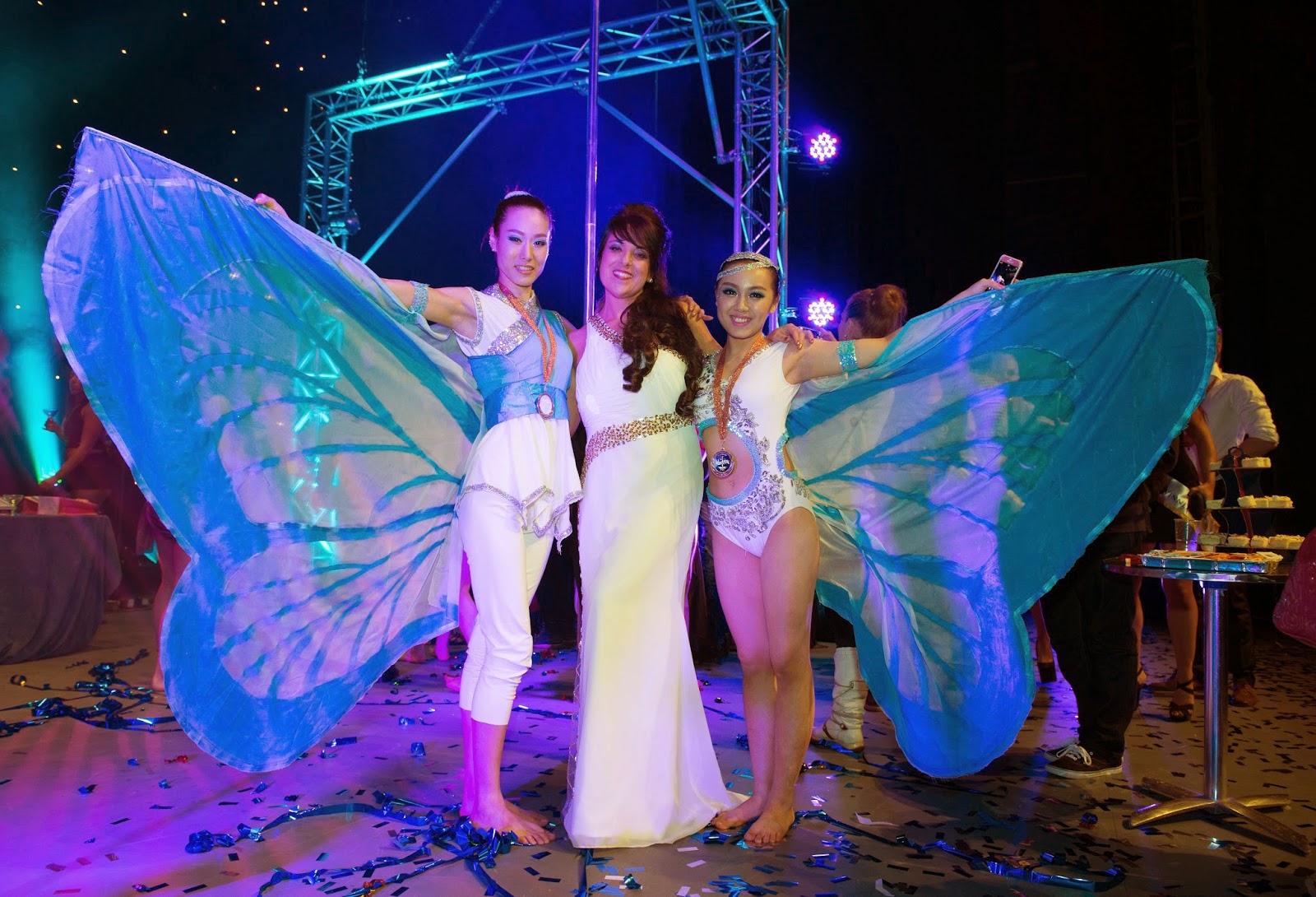 The closed, semi finals for the females, the most attended and popular category, will be taking place in Tianjin on  11th April where 11 other competitors will be selected to join Polina Volchez, last year’s runner up, Natalia Tatarintsva, 2013- 2014 World Champion and Fi Yuan, who will be the chosen champion representing China in the female finals

Each contestant for the finals, from the three categories Men's (9 competitors), synchronised doubles (10 pairs) and females (14 competitors) have to compete a demanding series of combinations incorporating pole tricks, spins, poses transitions between 5-6minutes on two stainless steel poles, one static and one spinning, both creating different dynamics and techniques on and around the pole. The doubles will be performing on two static poles

9 International judges including the very first World Champion Reiko Suemune from Japan, which was the first documented World Pole Dance Championships in 2005 will be  judging  the three categories
Each contestant will be marked
10 marks for the presentation of their routine, including costumes and props enhancing their artistic performance element and storytelling, many contestants bringing in their ancient art and countries history to their presentations.
10 marks for the dance and fitness performance section which includes their variety of choreography music interpretation control and demonstration of strength and power, elegance and grace, throughout their gruelling routine also including the use of both poles and full stage, creating height and depth to their dance and acrobatic performances
15 marks demonstrating the tricks and combination of tricks including fluidity and effortless transitions to their performance  including, but not limited to, floor work, acro balance and circus skills.  Unique styles and moves are awarded more marks 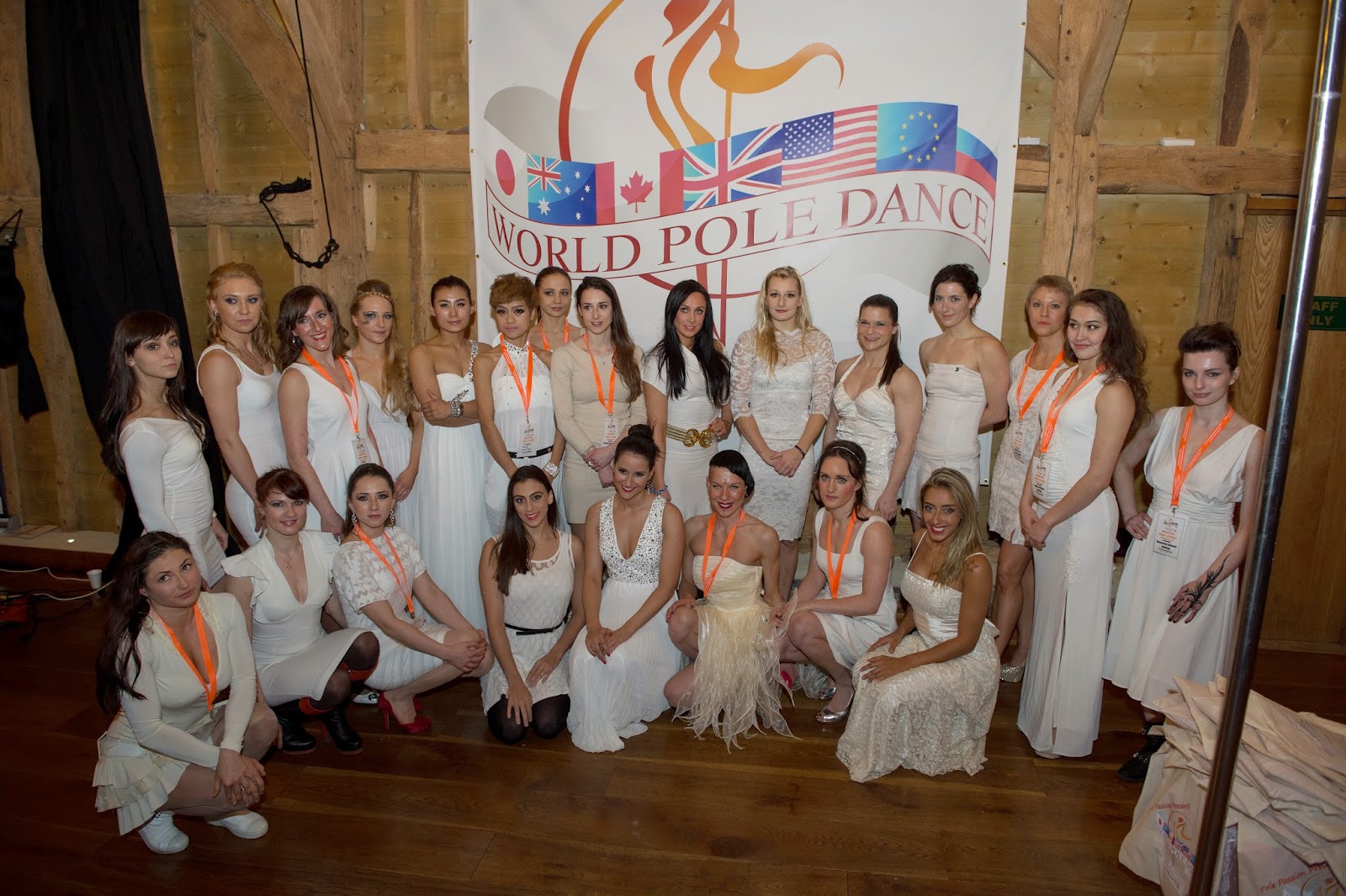 Additional awards are also awarded on the day of Best costume, Best Tricks and the Most Entertaining award for each of the three categories
Last year China competitors , Meng Yifan & Zhong Qianie, were awarded the Best Costume Award in the doubles category and Fang Yi in the female singles category too

For the first time in History the World Pole Dance Federation will also be organising Master Classes from the 2014 World Champions from the UK – Bendy Kate, Kristian Lebedev, Russia and Polina Volchez - Russia

Ambassadors of Pole Award
Additional Award – also created for the pole fitness and dance industry. The first time in History ‘Ambassadors to Pole Award,’ whereby contributors to the health and safety and development of professional Pole throughout the world are awarded and officially recognised by their piers and the World Pole Dance Federation.
Mr Fing Yung Biao, the head of China Pole Dance; a qualified Lawyer, who now dedicates his time in supporting and professionalising the sport and the national competition in China, has shown considerable attention to the World Pole Dance championships for the last four years and is working hard with the run up to the competition, posing a serious bid to host the largest Pole Dance Championships in the world.
Mr Yung Biao has been studying English to prove better communications between Pole Passion and the head of World Pole Dance and originator Kay Penney, to make this a reality in 2015.

I have just downloaded iStripper, so I can have the best virtual strippers on my taskbar.