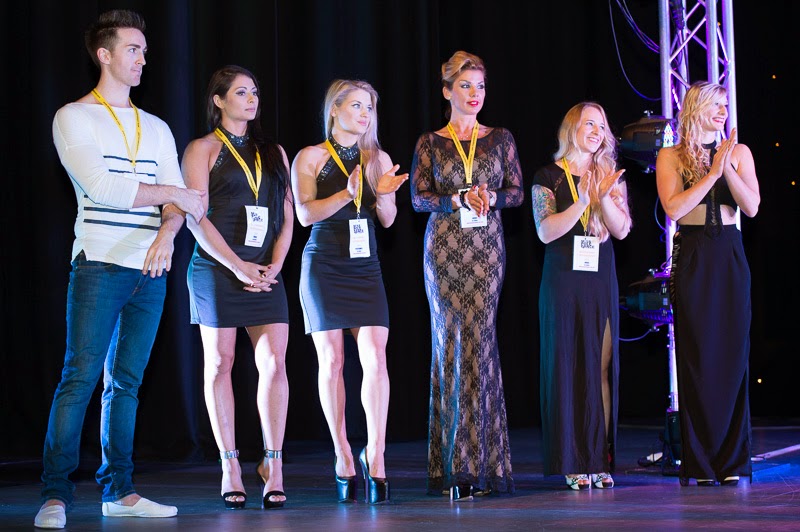 He travels the UK teaching and also has his own pole school in Hemel Hempstead. IFA Pole & Aerial has now been going for just over a year and Dan has now left his part time job to dedicate his time full to the art he loves.
Dan could barely touch his toes 5 years ago and has now made a name for himself in the pole industry for being one of the most flexible pole boys in the UK.

Lorna Walker  (Thomas)
She has recently got married this year to Liam Walker
From that day on it has consumed her life. She opened Pole Athletes 6 years ago to share her passion for pole and teach others the art of pole dance and performance.
Her business has grown from strength to strength and I now eager to push herself as a performer and athlete.
Ian's passion for performing started in the dance industry over 15 yrs ago as a pro hip hop and street dancer.

Bendy Kate  - Kate Czepulkowski
Bendy (as seen on Got to Dance 2012) is an innovative pole artist, acrobat, aerialist and hand balancer from the UK. Kate is in her twenties and trained as an acrobat from a young age.
Since beginning pole she has won several pole fitness titles including second place in the World Pole Sports Championships 2013, the UK Professional Champion 2011/2012, UK Amateur Champion 2010 and World Doubles Pole Runner up three times!
She now teaches pole fitness and circus masterclasses, private pole and aerial lessons, performs at dance events and circus gigs.
As an accomplished pole instructor and finalist competitor in Miss Pole Dance Fitness UK professional competition in both ‘glamour & fitness’ categories in 2006, 2007 and 2008 and invited judge for Miss Pole Dance UK 2008 amateur competition, she is now building a considerable reputation within the global pole industry, culminating in her appearance at the World Championship finals in April 2009 in Jamaica where she represented the UK.
Emma Haslam O'Toole

Dan has been pole dancing for 5 years after being introduced to pole through friends. He has been competing over the last 3 years and is very grateful for all of the opportunities which competing has presented to him.

The current Miss Pole Dance UK female champion who represented the UK recently in February at the World Pole Dance championships
Has been pole dancing for 6 years. Who started with no previous experience in dance or gymnastics. She states she was always a bit of a Tom Boy whilst growing up, and one day decided taking a pole dancing lesson might help her to empower her femininity.

Over the following years Ian worked at many top venues and joined some of the UK's top agencies in performing arts.
Ian has also had vast experience  within the fitness industry including a level 2 qualification in personal training.
Ian has been a featured performer at many pole and dance related events over the last 5 years, showcasing on an array of stages and has competed to the highest level in professional Pole Competitions.
" In this competition, what I am looking for up on that stage in the competitors is the emotional content, a connection with their audience throughout their performance, I want to see them bring the stage to life! "
"I'm very honoured to be judging the 'Mr Pole Fitness UK 2014' as I am very fond of this competition with many good times had, and to be able to see these very brave talented pole performers from a different perspective!"

Terry Walsh
Lisette Krol
Lisette & Terri have been working and performing together as synchronised doubles partners since 2011 in the arts of Pole, Acro balance, Aerial Hoop, Fire Acts and Dance.  The both have their own studios - Terri has Fierce Fitness Dance Studio and Lisette has Tribe Fitness Dance Studios. (Sister Studios J)

Deb Riley
Deb Riley is the owner and head instructor at the British Pole Dance Academy. She is most renowned for her amazing, unique and advanced pole tricks. Due to her continual dedication and hard work over the last decade working within the pole industry and with her natural flare, daring approach and friendly professionalism she is well recognized as the best tricks instructor in the UK.
She is a well-respected judge and choreographer

has been poling since 2006,and aerial silks, hoop and trapeze since 2011 she is the founder of IPAAT, (International Pole and Aerial Tournament) and owns Emma’s Pole Dancing and in Derby. She runs 15 Pole fitness and 4 Aerial classes a week along with stretch and strength classes. Emma has been a bit of an internet sensation with over a million views on her YouTube video and being sponsored by The Sun for her first competition in February 2014 which she placed 3rd.
She was also asked to be on Britain’s Got Talent and got 4 yesses from Simon Cowell, Alesha Dixon, Amanda Holden and David Williams.   Also Emma’s Pole Dance Routine went viral over night She has appeared on Italian news along with being in USA Pole and Aerial Magazine. She has performed and been on TV shows in Brazil, Romania, Madrid and 3 different city’s in Spain.


We are proud that Emma is with us today
Posted by Kay Penney at 16:33

I have just downloaded iStripper, so I can have the sexiest virtual strippers on my taskbar.