I'd like to know whether you have a glamour category and if you could provide a few details on the competition conditions there--Are high heels, other accessories such as hats and feathers, and body painting allowed? - Wall Street Journal USA

With the constant evolution of pole dance for sport and fitness we at Miss Pole Dance UK Organisation creating the world’s first documented rules and regulations, judging standards, chaperone standards, health and safety standards and code of pole practice for performance  - Promoting and setting the guidelines here in the UK  and rapidly being adopted and adapted across the world, depending on specific cultural backgrounds, beliefs and ethics, since the beginning of competitive pole competitions in 2004 we have always given the performer a choice on how they might like to interpret their style, based on their training and background

Boots above the ankle, with or without a heel, have never been permitted in our competitions after year one when we exposed the 'strippers' pole talents, from behind the closed doors of the gentleman's clubs.
Thigh high boots commonly made with patent plastic were banned and have never been permitted as they give a performer an advantage in gripping the steel poles, making tricks difficult to judge fairly, plus also a stereotypical costume of strippers which would be worn in stripping establishments which we were focused on moving away from, exposing these talented individuals into main stream viewing

Up until 2012 we had always had a fitness category and a glamour category
Both categories would perform and dance in the same competition side by side - creating an us and them scenario. Interestingly the glamour style (heels) seemed to win over the fitness style (bare feet) for many years. But is this now changing?
We had created a platform, a safe stage, where they could dance side by side allowing freedom of choice for the performer without the fear of being mis represented or judged

They would be introduced on to stage 'labelled' one or the other category giving them a comfortable choice on how they wish to be presented to their family, friends and onlookers all being educated and enlightened with the talents before them

In 2005 the Miss Pole Dance UK creation - it was all glamour - all performers were either wearing high platform heels or boots over the ankles
In 2006 we removed boots from the competition but still allowed platform heels - the dancer shoe.
In 2008 the categories begun to even out and became 50/50 bare feet / heels, this was also the introduction of pole fitness teacher training and qualifications in the UK too – a huge step in the right direction for professionalising and awarding credibility to our industry
In 2012 all-female performers, accept one were in bare feet
In 2013 we are still allowing heels and bare feet but I think the statistics are showing the performers are deciding they can achieve more intricate moves and better lines in bare feet and still represent powerful glamour, sex appeal and femininity (all promoted within MPD UK)

Tricks and new intricate combinations are evolving on and around the pole too, many that could not be performed in shoes safely
Many gymnastic, incredibly flexible and acro balance moves and shapes are now appearing into the modern circus style pole performances and competitions

Our strict rulings are updated and amended yearly and were created to professionalise and promote pole dance and artistic fitness demonstrations around the vertical beam as an artistic dance, art and fitness form set to music of their choice (avoiding religious and or rude messages within the music).

We currently allow the performers and athletes to still choose their performing footwear and costumes within our strict guidelines, as long as they are safe to perform in.  The experienced and highly trained and prepared judges have the power to stop a performance at any time on the grounds of health and safety and this has happened occasionally throughout the 9 years of our competitions
Our Miss Pole Dance Organisation's main focus, has always been on the health and safety issues of the performers and their pole equipment (fixing poles top and bottom to a sturdy structure) and many costume guidelines and decisions are based on this health and safety attribute.
As for body paint, costumes and props many of these items could be considered dangerous when they come into contact with the pole, and the professional performers do seem to be careful with their choices as many of the tricks cannot be performed in body paint or restrictive clothing and costumes.  That is why we allow costume removal during the performances but not stripping; (alluring the audience in a sexual and suggestive manner!)
We are very much focused on the performance and showmanship of the routine allowing them to tell their story through dance choreography and their artistic interpretation through movement.

This years MPD UK held within a theatre setting on 15th September, we will see incredible performers which will include bodypaint, contortionists, gymnasts, fitness experts, dance experts, costumes, props, heels, bare feet, mixed sex doubles, men and women over 16, the eldest performer being 46
and each year they continually raise the bar with their mesmerising performances and breath taking promotion of what the modern pole dance performance, fitness and endurance around the vertical beam is all about.
For more information about being a part of this positive promotion visit www.misspoledance-uk.com 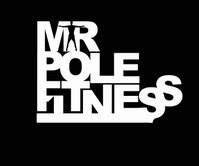 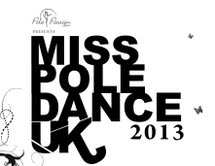 I've just installed iStripper, and now I can watch the hottest virtual strippers on my taskbar.