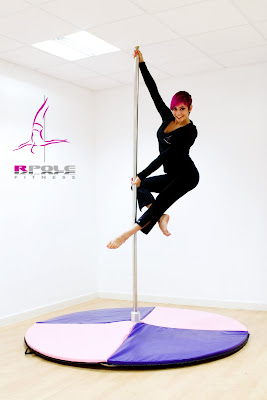 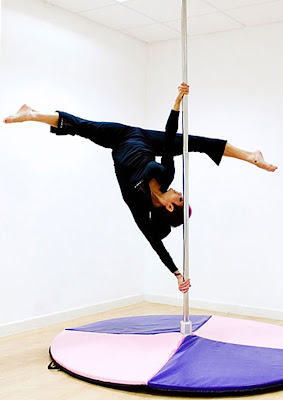 She will also be hosting 3 Master Classes instructor sessions during the weekend offering her unique style of teaching to all pole enthusiasts and international instructors attending from 24 countries.

Felix has trained as a dancer from a young age and went on to performing in professional classical & contemporary dance companies.
Felix started pole dancing in 2006 in Perth WA, and after just 8 months worth of lessons she went on to win Miss Pole Dance Australia 2006 and then won it again in 2008.
Felix Cane is currently the World Pole Dance Champion as she won it in 2009 with her amazing talent, performance and flexibility on the pole.
Felix defiantly has that X-Factor on the pole, as from winning World Pole Dance this then led to Cirque du Soleil ringing her up asking her if she wanted to be part of Zummanity, as they had seen impressive footage of her from YouTube footage from World Pole Dance.

Zummanity is cabaret sexy show held in Las Vegas by Cirque Du Soleil and a special character part was created for Felix to be a woman who breaks out of her shell to grab her lover’s attention by showing off her amazing, sexy, impressive moves around a pole, making her lover see her again for the very first time.
Since Felix’s successful she has done many Master Class Workshops over the world and is part and the sponsor for Pocket Pole and a Master Pole Dance Instructor in America!

Before discovering her passion for pole dancing, Felix was schooled extensively as a dancer firstly in Perth, from the age of 11 until the age of 15, when she moved to London where she continued to study many forms of dance, but predominantly contemporary and classical.

I have just installed iStripper, so I can watch the best virtual strippers on my taskbar.