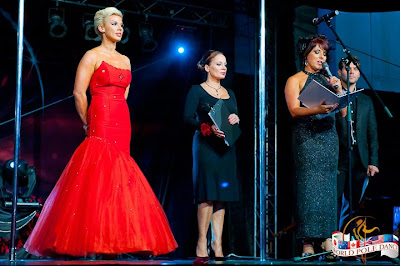 World Pole Sport & fitness championships in Budapest 2011 October 01st was proud to have Zsuzsa Csisztu as their compare, she is perhaps the most well-known former gymnast in Hungary.
Granted, her fame is not because of her gymnastics career, but rather because she is now a famous TV sports announcer for a commercial television channel in Hungary
Zsuzsa studied the rules and regulations and worked with the team making positive suggestions for the future and Olympic improvements which will be implemented in 2012
http://www.youtube.com/watch?v=Iaw-mGrKjuw&feature=related

I've just installed iStripper, and now I can watch the best virtual strippers stripping on my desktop.