Sam King Mr Pole Fitness UK....running around the woods in only his pole shorts!!

Pole Passion Chichester, owned and operated by Karla McCarthy, was proud to host Mr Pole Fitness runner up 2015 and Best Entertainer Champion, Sam King in October 2015, soon after the Mr Pole Fitness UK championships, for a series of one to ones and master classes. 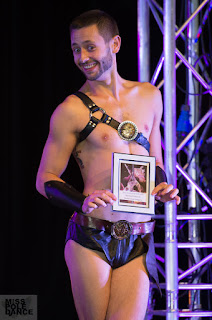 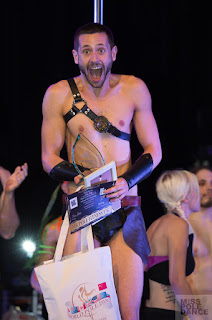 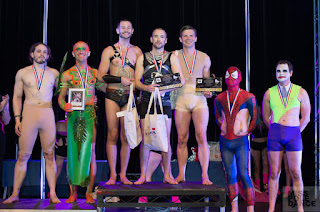 Karla arranged for Sam to visit after he had been supporting his students at Miss Pole Dance UK semis and amateurs, earlier in the year. Sam contacted Karla about a photograph that she had taken and the remainder of the story unfolded.

'Sam taught two workshops at our Chichester venue. An intermediate workshop and his Ninja Moves workshop and with his wonderful teaching manor, I found he was great at adapting to students of all levels without once making anyone feel like they are not achieving. Everyone felt very safe with Sam spotting', explained Karla, 'and during the workshops, Sam was very careful to teach everyone how to spot the moves that were being practised before everyone started so that they could be safe working with each other.'

The content in the workshops was great. Rather than lots of individual moves that may have left people feeling deflated, Sam focussed on walking everyone through some of the combinations of spins and transitions that he is known and loved for. Everyone got through a huge amount of content and everyone was able to achieve something overall. Sam makes the lessons incredibly fun and is amazingly positive and inspiring throughout. Everyone was thrilled to receive one of Sam's 'big tens' at one point or another!

The rest of the weekend was also great fun too . After finishing workshops, the Manager of Pole Passion Chichester classes Karla,  along with some other colleagues took Sam out for dinner and then the night finished off with some fun chat and a cheeky glass of red.

On Sunday morning, Karla picked up Sam and they headed over to Slindon woods where she put her other skills, as a photographer to use and held a woodland photoshoot. Running round the woods with a man in his pole shorts was not the worst job Karla has ever had! They attracted quite the attention from the dog walkers in the woods with massive amounts of positivity being received about the athleticism and strength that Sam's woodland possesses. Once that was complete, it was on to more one to ones for Sam and then a massive plate of nacho's before the train ride home.

Karla has said that all of her girls have demanded that she organises Sam's return next year. He is one of the most kind hearted and genuinely happy people that Karla says she has ever met and she is chuffed to now count him amongst her friends and pole gallery greats! He has said he would be happy to come back again and Pole Passion Chichester cannot wait to get it organised! 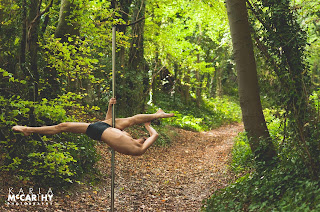 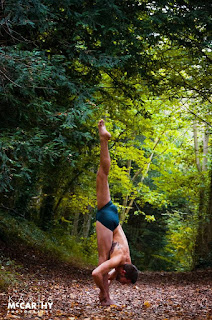 I've just installed iStripper, and now I can watch the sexiest virtual strippers on my desktop.